This is day 20 of One CSV, 30 stories a series of articles exploring price paid data from the Land Registry found on GOV.UK. The code for this and the other articles is available as open source from GitHub

Yesterday was hard work for no avail, so today for a quick-win I’ve fallen back on something reasonably obvious, using d3 to plot the average price-per-postcode to form a well-known album cover: 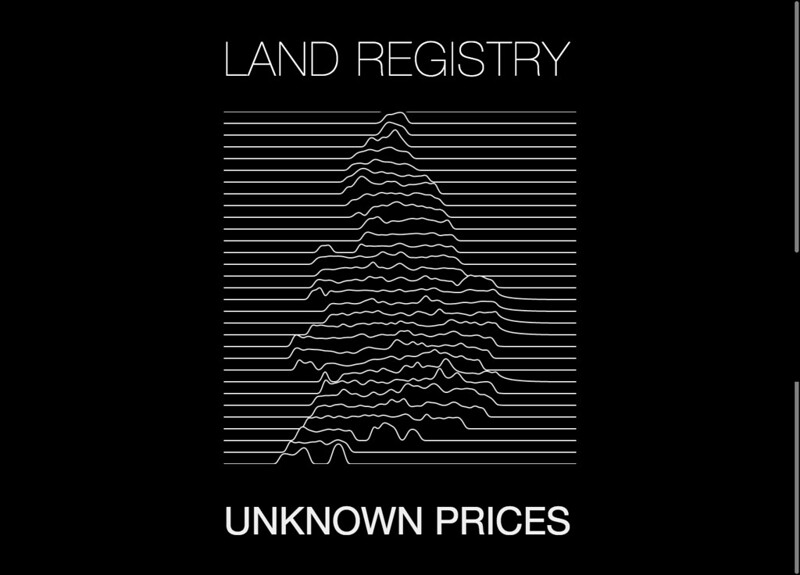 Er, why trot out that old trope, you might ask. Well I was 16 when Joy Division released Unknown Pleasures and it spoke to me, not least because of Peter Saville’s iconic album cover which had no text, but what appeared to be an intriguing, futuristic, computer rendered landscape. I particularly remember trying to recreate the image using 6502 machine code on my friend’s dad’s Rockwell AIM 65 the only computer I’d seen at that point with any kind of output beyond a seven-segment display. The results on ephemeral, thermal printer paper are sadly long-gone.

I also remember being thrilled to see the same image appear later the same year, as the lander descended in Alien:

Growing up in the north-east of England, we were very aware of Ridley Scott’s local heritage (he’s a monkey hanger), and since then I’ve felt a similar, strange bond with other people who have found ways of paying homage to this image which includes a number of people I know including Dan Catt whose Project CAT820 uses Processing.js, a great little library which I’ve experimented with myself, and written about here, before. I have also lost far too much time exploring Elevation Lines but it was Brian Suda‘s original image of Iceland which really captured my imagination: 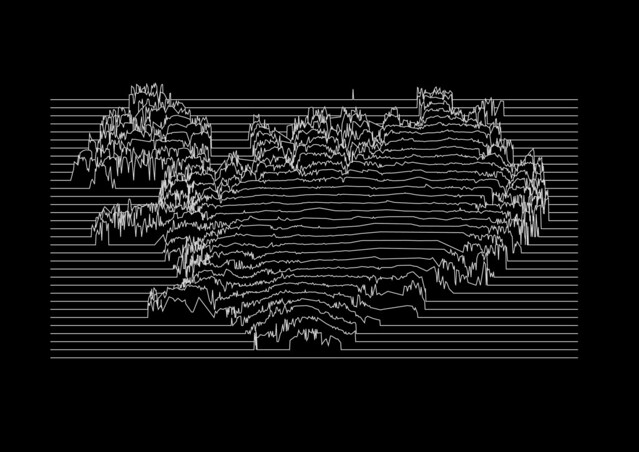 The research tools available to today’s 16 year old are very different to those in 1979, nevertheless, I’m still somewhat embarrassed to admit I had little idea where this visualisation originated until Jeremy wrote about the data behind the design of FACT 10 and the way Jocelyn Bell Burnell’s ground-breaking pulsar discovery was explained using the original visualisation published in the Cambridge Encyclopaedia of Astronomy. I’ve written before about how I’m not bothered about attribution and ultimately I’m very down with remix culture, of which this is a great, early digitalish example, but I’m less sanguine about the how the work of great women like Jocelyn goes mundanely unacknowledged.

Anyway, we hopefully, are moving towards a different age. Here’s Peter on the story behind the cover, and the impact of his design:

So it might be a lazy trope, and it’s definitely very late for me to jump on the bandwagon, but I still find it an aesthetically pleasing image, and it speaks directly to my inner teenager. Tomorrow I’ll start to dig into addresses.